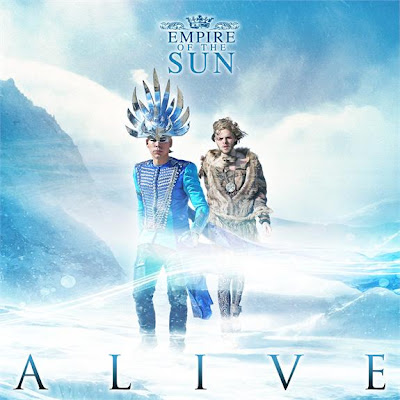 So yep it's been almost 5 years since we have heard any new material from the Aussie duo, but in 2013 Empire Of The Sun have returned in style with their first single "Alive" taken from the highly anticipated sophomore album Ice On The Dune.

I'll be honest and say there was a lot of nonsense surrounding the promotion of this newest album, what with movie styled trailers and deciphering hieroglyphics, but hey I guess Luke Steele and Nick Littlemore can do whatever they want with their status.

This latest offering isn't groundbreaking, but it's typical EOTS with their bright shimmering electronics and danceable pop sensibility well in tack. It's definitely going to be pleasing the masses and will build the anticipation for the album release even further.

Ice On The Dune is out in June, but you can start pre-ordering on the 16th of April.